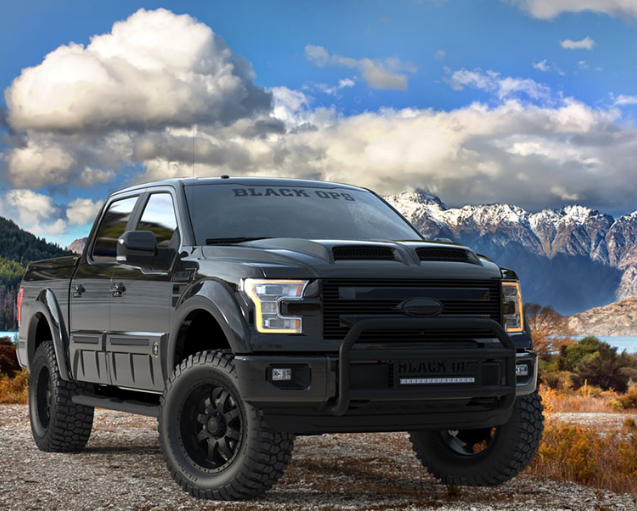 Black Ops style is overtly evident with every detail blacked out for a distinctly cohesive look that stands out from the ordinary premium truck crowd. Enjoy a range of exterior highlights on the 2016 Ford Tuscany Blacks Ops which include 20” BF Goodrich 325 All-Terrain Black Wall tires, Stealth Black 20” Tuscany Black Ops wheels, 6” suspension lift by Tuscany, and heavy-duty performance shocks featuring black boots. In true Ford Tuscany spirit, the new Black Ops models deliver on the inside in terms of style and functionality as well as the outside. The suave cabin environment is spacious across all 2016 Ford Tuscany Black Ops models and is highlighted by deep tinted windows, factory leather seats which include Black Ops embroidered Patches in the headrests. Previous post: A Ford F-150 in Bluejeans? The Perfect Colour Choice for the Kim’s!