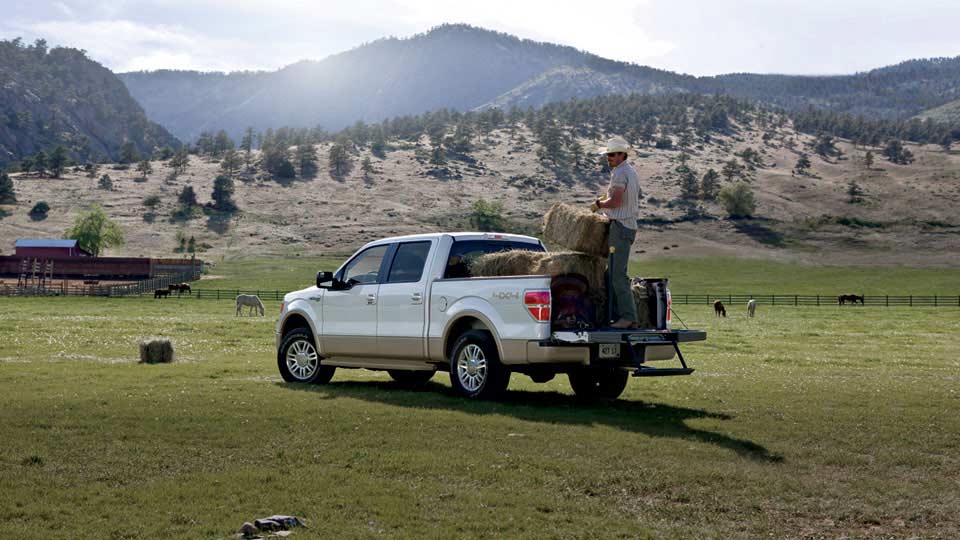 If you want a truck that stands out in the crowd, that isn’t afraid to be different from the rest, you want the 2014 Ford F-150 King Ranch. It has a style that is all its own with performance that anyone can appreciate.

The 2014 Ford F-150 King Ranch makes an impression with its body-colour grille surround and chrome accents. The tailgate step and available box side steps adds convenience. The unique styling of the cab makes this truck a stand-out with its Chaparral leather and woodgrain trim. A 4.2-inch touch screen makes it easy to manage your information and entertainment while you are on the road.

Your choice of two powerful engines ensures you get all of the performance you need. With axle upgrades and packages for towing and payload, the 2014 Ford F-150 King Ranch meets whatever demands comes its way.

With numerous safety features and awards under its belt, the 2014 Ford F-150 King Ranch is distinctive and unforgettable. It handles whatever challenges you give it and does it in its own style. Experience the King Ranch for yourself at West Coast Ford Lincoln today.